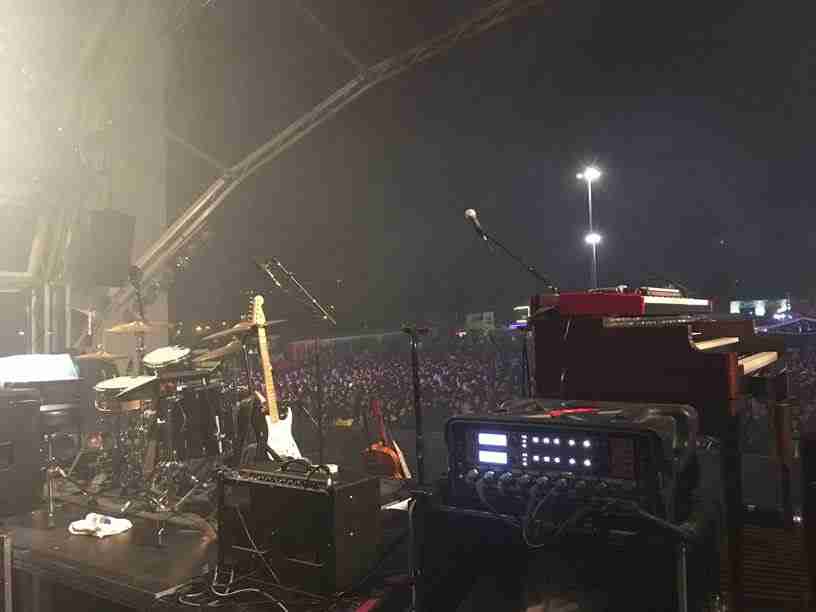 Use of the uTrack 24 with James Morrison.

For playback during live shows our current set up is:

2 x U24s mounted in a rack alongside corresponding rackmount DI’s.

The first machine is for the show with the second just serving as a spare.

During rehearsals I sometimes use channels 9 & 10 for various vocals which is great for rehearsing without the artist.

I also often flip the second U24 during rehearsals to record what is going on.

We are not a particularly ‘track heavy’ band but so far I’ve found the uTrack24 a joy to work with. The ease of editing has been incredibly useful and has greatly reduced the the amount of dead time during the rehearsal process. Plus its size and apparent reliability (certainly when compared to our previous HD24’s!) makes taking them on fly gigs infinitely easier.

“So, we made it through Art On Ice and the Utrack performed fantastically, absolutely rock solid and the fact that editing is so straight forward was a life saver at the show was constantly evolving!

For playback I’m currently 3 stereo pairs of audio, a click track and a separate cue track. I also have a full set of James’s vocals in channel 9 which allows us to soundcheck etc without him being there (this is obviously disabled during the show and the d-sub pulled to avoid and embarrassing mess ups!).

I also used our second machine to record rehearsals (and indeed the previously mentioned vocals) and it also performed great in this role.”

Matt Round MD with James Morrison 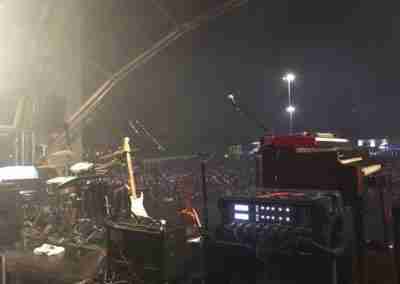